Connecting two far corners of the globe to further cross-cultural friendship and creativity is the essence of the Southeast Asia Artists-in-Residency at WAM. Launched in 2018 as a collaboration with the Southeast Asian Coalition of Central Massachusetts and Indochina Arts Partnership (IAP), the initiative has so far brought four artists from Vietnam and Singapore to Worcester. Through a variety of public programs—from open studios and informal gatherings with members of the local art and Southeast Asian communities to engaging multi-generational audiences at Worcester’s annual art festival, StART-on-the-Street—the unique residency greatly enhances cultural understanding and appreciation of the Indochina region in our community.

The six-week residency at WAM opens up a new world for emerging to mid-career artists from Southeast Asia who live in areas where infrastructure and institutional support for contemporary artists are scarce or nonexistent. While in Worcester, they work on their art, exchange ideas with local artists, tour the Worcester Art Museum collection and visit other organizations, participate in local arts and cultural events, and more. In the process, they gain a new perspective on both their own and their host cultures. The four artists who have participated in the residency so far include Nguyễn Thế Sơn, a photographer from Hanoi; Nguyễn Kim Tố Lan, a multidisciplinary artist from Ho Chi Minh City; Richard Streitmatter-Tran, a painter from Ho Chi Minh City; and Jennifer Teo, representing an independent cultural and social art collective in Singapore called Post-Museum. 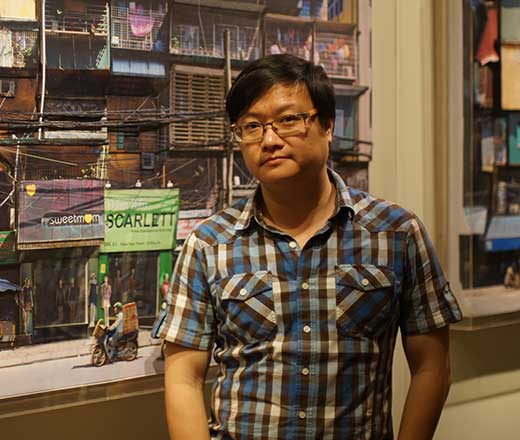 Nguyễn Thế Sơn, of Hanoi, Vietnam, is a professor of fine arts in Hanoi who studied photography in Beijing. Fascinated by life on the streets, especially the ubiquitous, ever-toiling, low-wage earners who are so easily overlooked, Thế Sơn uses his photography to create large-scale, layered and sculptural dioramas that reflect his street experiences. He intends to do similar work once he arrives in Worcester. This trip was his first to the United States. 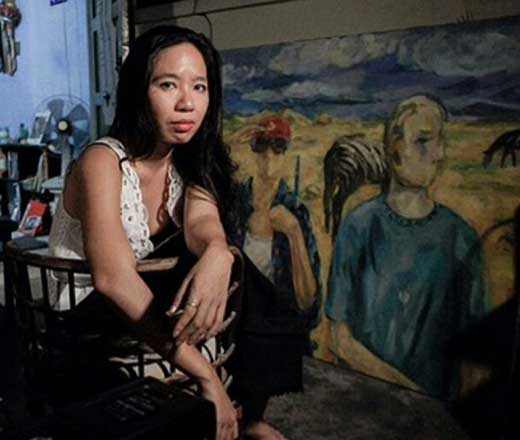 Nguyễn Kim Tố Lan is a multidisciplinary artist in in Ho Chi Minh City, who helped found Sao La Collective, an independent art collective in the southern region of Vietnam. Community oriented, she and fellow artists have been working towards a multi-form "art" approach and creating more public engagement. 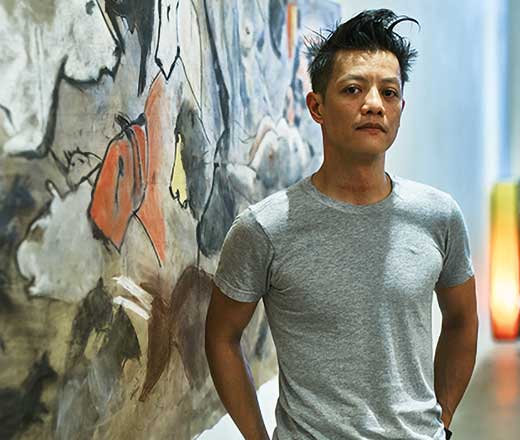 Richard Streitmatter-Tran was born in Bien Hoa, Vietnam, during the Vietnam War. Adopted by an American family in Massachusetts, he grew up on Cape Cod during the 1970s and 1980s and was drawn to works by quintessential New England artists, such as Edward Hopper and Winslow Homer. Since moving to Vietnam more than 15 years ago, he has established his artistic career in Southeast Asia, as well as Asia and Europe. During his residency at WAM, Streitmatter-Tran studied works by Hopper, Homer, and John Singer Sargent from the Museum’s permanent collection. He created a series of new works about contemporary Massachusetts using techniques, such as painting with watercolor and gouache on silk, which he has developed in Vietnam over the past few years. 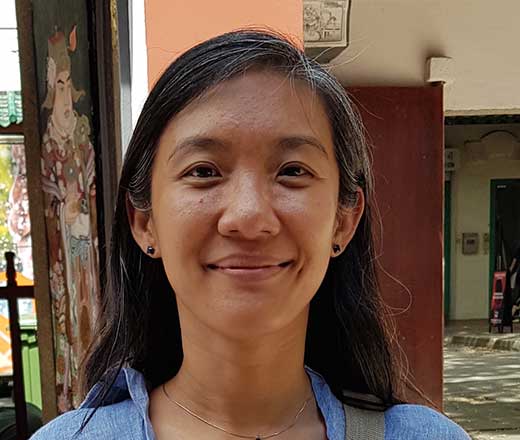 Founded in 2007, Post-Museum is an independent cultural and social art collective in Singapore, which aims to encourage and support a thinking and proactive community. Working in the space between visual arts and social activism, Post-Museum has been creating art, as well as curating, organizing, writing, and lecturing in Singapore and abroad for 12 years. They maintain an open platform for examining contemporary life, connecting people, and promoting the arts. Post-Museum co-founder Jennifer Teo represented the group during its residency at WAM, where she worked with local residents to create Worcester Really Really Free Market. Part of a worldwide movement and social experiment, Post-Museum’s ongoing Really Really Free Market series (2009-present) forms a temporary ‘free’ market zone based on an alternative gift economy.

About the Southeast Asia Artists-in-Residency

The artist residency program was founded in collaboration with the Indochina Arts Partnership and the Southeast Asian Coalition of Central Massachusetts. The program’s objectives are threefold: to support emerging artists from Southeast Asia, where the infrastructure and institutional support for contemporary artists are scarce, or in some extreme cases nonexistent; to create meaningful connections between the community of artists, Southeast Asians, and the general public in Worcester with the art and culture of Southeast Asia; and to focus on the internationally diverse connections within Worcester and the vital global role an encyclopedic museum, such as the Worcester Art Museum, plays in its community.

The Southeast Asia Artists-in-Residency program is sponsored by the Indochina Arts Partnership Fund at WAM. For over 30 years, IAP, founded by Vietnam veteran David Thomas, facilitated art, cultural, and educational exchanges between the United States and Vietnam. When the organization closed last year, IAP made a legacy gift to WAM to continue the Southeast Asia Artists-in-Residency into the future. In addition to the IAP Fund at WAM, support for the 2020 program, a social media reunion of the four artists who have participated in the residency, is provided by the Crawford Foundation and by Minh and Robert Mailloux.

About the Indochina Arts Partnership

Established in 1987 by David Thomas, a Vietnam veteran, the Indochina Arts Partnership (IAP) is an organization for art, cultural, and educational exchanges between the United States and Vietnam. Since founding, the IAP has supported more than 70 artists and cultural representatives through our residency program. The organization’s early success includes important exhibitions namely “As Seen from Both Sides” (1991), “Seven Pillars” (1994), and “An Ocean Apart” (1995), which introduced Vietnamese artists to the American audience for the first time after the war. Since 2016, IAP furthers the discussions of arts among artists in countries of Southeast Asia, creating cross-sectorial partnerships, and supports projects that promote cultural diversity. Having achieved its mission, the organization closed in 2019 and established the IAP Fund at WAM to continue supporting the Southeast Asia Artists-in-Residency.

About the Southeast Asian Coalition of Central Massachusetts

The Southeast Asian Coalition of Central Massachusetts, Inc. (SEAC) was founded in 1999 to address the lack of culturally and linguistically appropriate support services for Southeast Asian immigrants and refugees in Central Massachusetts, which include Laotians, Cambodians, Nepalese, Bhutanese, Burmese, and Vietnamese. SEAC's mission is to help Southeast Asians in Central Massachusetts successfully integrate into mainstream society, thrive, and become contributing citizens while maintaining their unique cultural identity. SEAC provides assistance with more than 10,000 client visits annually, reaches 6,000 people at public events, and offers a robust cultural program to help strengthen the local Asian community and bring healing to displaced refugees and immigrants. In 2015, SEAC earned the Massachusetts Non-Profit Network Excellence Award for the small non-profit category.