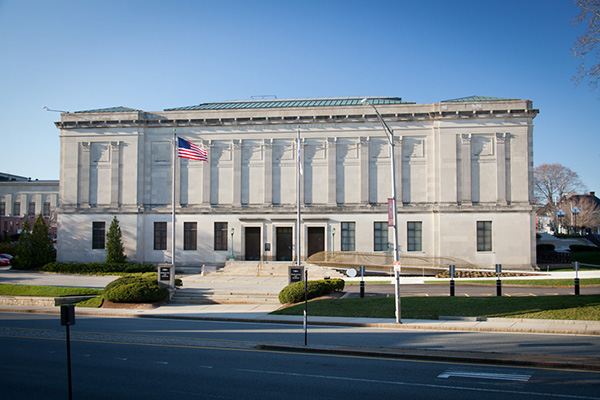 The Worcester Art Museum and U.S. Citizenship and Immigration Services (USCIS) will host a naturalization ceremony on Wednesday, January 11, 2017 at 11:30am, welcoming 50 newly naturalized U.S. citizens.

The ceremony will be presided over by the Honorable U.S. District Court Magistrate Judge David H. Hennessy, U.S. District Court, District of Massachusetts, with an introduction from Matthias Waschek, the C. Jean and Myles McDonough Director of the Worcester Art Museum.

The Worcester Art Museum (WAM) has served Worcester and the central New England region as a cultural and educational resource since it was founded in 1898. In 2014, WAM became a polling location for the city’s 3rd Precinct. Participating in local, state -- and the recent presidential -- elections has deepened our commitment to making the Museum’s collections relevant and accessible to an ever changing and diverse community. This civic initiative was the inspiration for the exhibition Picket Fence to Picket Line: Visions of American Citizenship, which is on view through February 5, 2017. Through this exhibition, we examine the multitude of issues that citizens of the United States encounter--from protests and struggle to education, land ownership, and the immigrant experience.

“As an art museum, we present objects spanning thousands of years of history, and from countries and cultures around the world. And as a community, part of Worcester’s heritage and resilience comes from our long tradition of welcoming people who settle here. This is the perfect environment in which to celebrate 50 immigrants becoming citizens of the United States,” said Adam Rozan, director of audience engagement at WAM.

Powered by the Social Web - Bringing people together through Events, Places, & Common Interests