Integrating the Higgins Collection at WAM 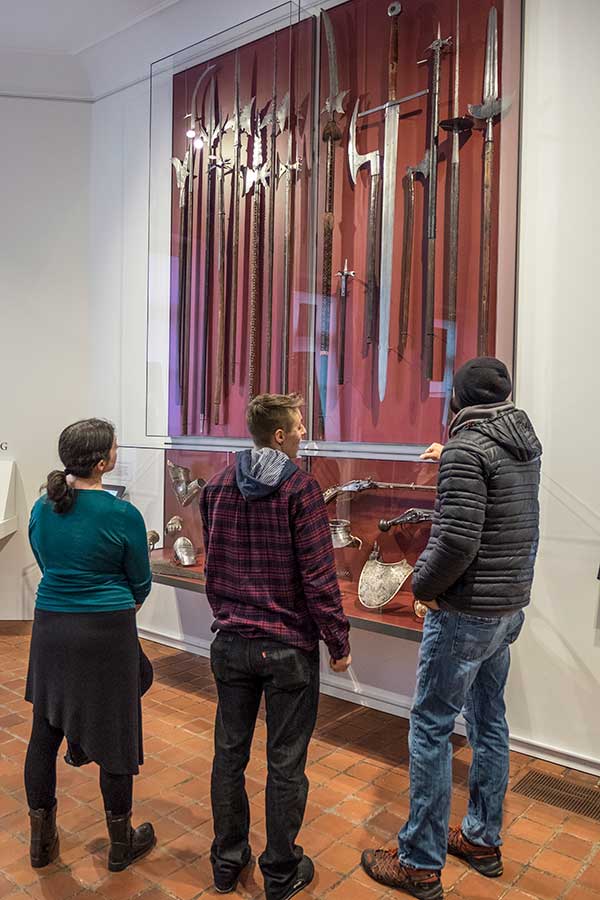 The legal agreement that governs the donation of the Higgins Collection to WAM requires the museum to create a dedicated arms and armor gallery to display substantially the entire collection—something upwards of 1500 objects (depending on how you count a suit of armor!). WAM will achieve this through Open Storage, a style of display in which objects are packed close together. There is already an experimental Open Storage display of arms and armor in our Medieval Galleries. Not every object in the Higgins Collection can be on permanent exhibit—textiles, like the silk laces in Japanese armor, are sensitive to light, so they are only suitable for temporary display.

The new Arms and Armor Gallery is intended to go in the space currently occupied by the library and the space behind it, which is currently part of the museum’s temporary exhibition gallery. This reconfiguration will cost millions of dollars to execute, and WAM is currently engaged in fundraising to make it possible. In the meantime, the museum’s curatorial team are working behind the scenes to figure out how to display and interpret this huge number of objects, and testing their ideas out in the Medieval Galleries. You can follow the project activities on our weekly social media posts.