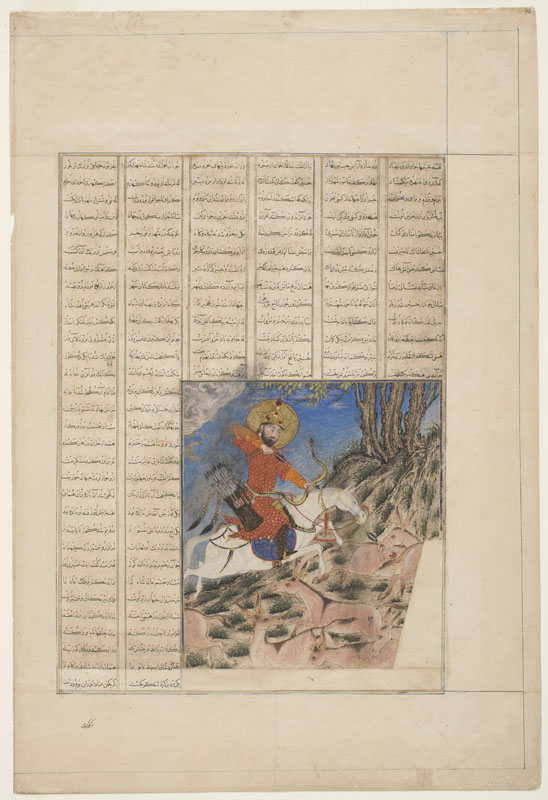 Bahram Gur, whose name means "wild ass," was a Sassanian king (reigned A.D. 430-38) renowned by legend for his hunting prowess. Having performed a miraculously difficult shot, he acknowledged the divine aid involved in his skill by ordering six hundred wild asses branded with his name and six hundred marked with gold earrings and distributed to the people.

The painting shown here is one of fifty-eight remaining miniatures from an early illustrated example of the Persian national epic, this particular manuscript known as the "Demotte" Shahnama (after the art dealer Georges Demotte, who separated and sold the folios individually). The work is believed to have been commissioned by Ghiyath-al-Din, a high official (vizir) at the Ilkhanid court at Tabriz. Its large and sumptuous pages illustrate the introduction to Persian painting of conventions, especially in landscape depiction, derived from Chinese art. Providing the cultural links for such artistic influence were the Mongol conquests of Asia and Europe in the thirteenth century and their control of China, Central Asia, and Persia.